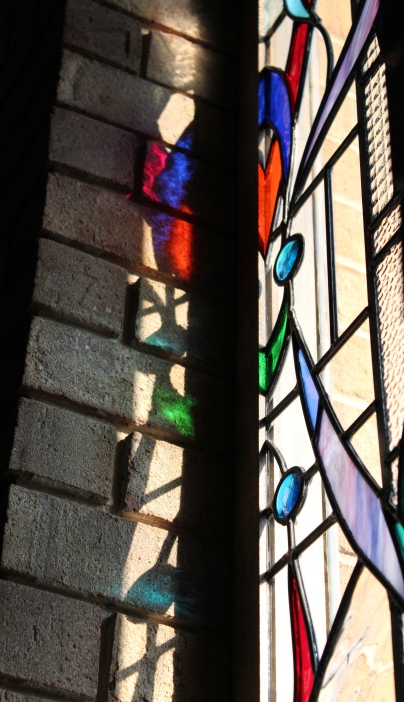 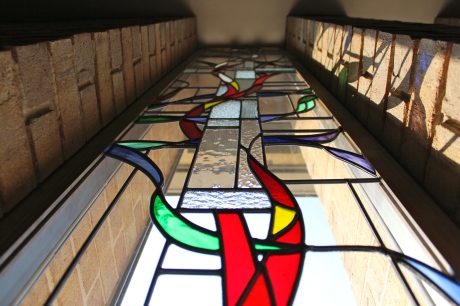 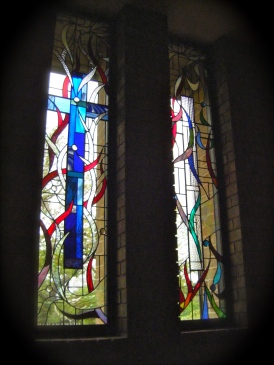 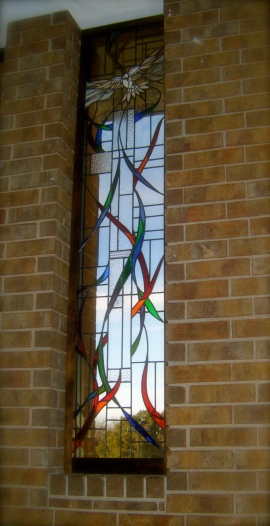 This was a series of 8 windows that I did for Crestview Church of Christ, completed in 2011. I had no idea that I would be doing 8 more windows for the church 4 years later.  I just completed that project a few weeks ago. Now I’m resting and thinking what I should do next.

A few years after I finished these 8 windows, Tom Eslinger, came up to me and asked me about the symbolism in the windows. I told him a little. He then asked me to write down as much as I could and then he wanted to take that information and write something about the windows. I said, OK, and did write some things down for him.

Tom died, earlier this year (2015), and I really didn’t know if he ever did anything with this writing. Several weeks later, Brenda, his wife brought a copy of something she found on the computer. I thought I would post this here. I will be forever grateful to him for taking the time to do this. He did not completely finish it, but did a great job communicating, what I could not. Anyway———-here it is.